Making Self Help As Simple As Possible

Is it possible to eliminate a belief that’s no longer serving you? Are you able to replace a self-limiting belief? 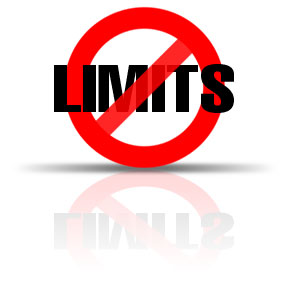 For those of us who want positive change, isn’t this one of those questions we ALL want the answers to.

Perhaps you’ve heard, all you have to do is replace a limiting belief with a serving belief. You know, if I think “I’m not good enough” then I need to start believing “I am good enough”.

Well, I can say that personally this approach has worked for me but not always. In fact, if you think about any time were you eliminated a belief you most likely replaced it with a good one and then were able to move on with your life. But then there were other times it just did not work.

If this “replacing” of a belief was the supposed answer that should work, why is it that it wasn’t working all the time.

This answer may surprise you…In order to eliminate a belief you have to uncover the source from when you acquired this belief.

For example, if you find yourself continuously struggling with trying to earn the kind of living you’d like or if you’re in debt up to your eyeballs, it could have something to do with how your parents reminded you of how money doesn’t grow on trees when you asked for something. When you are constantly reminded of how money isn’t readily available, you essentially created a limited belief.

Once you find the source then it’s time to eliminate the belief. Morty Lefkoe, creator of the The Lefkoe Method (TLM) says that the belief you created isn’t something that is fact.

There are many people out there whom are/have earned a living – prosperously or just getting by. But the fact of the matter is people are earning a living. Therefore, this belief isn’t something that could be true but rather something you hold onto in your mind all because of the experiences in your life that have lead you to this conclusion in how money is not good. If you see how money is evil, then you will always find plenty of sources that support this belief. But, if you see how money is great and all the things it can provide you, then you can truly understand that the limiting belief of how money is evil is actually false.

The only logical thing to do is to disassociate your parents belief of how money is evil from your subconscious mind.

Imagine back to when you were a kid and instead of your parents saying how “money doesn’t grow trees” they said, “Right now we have some other priorities we need to take care of first and if we have any money left over we can set aside the extra cash for you.”

Then you know that it doesn’t matter so much what was said but rather how it was interpreted. Ultimately, you’ve created that limited belief in your own mind based on what your parents told you versus what you experienced firsthand.

Now that you know this you may now see how the limiting belief isn’t your truth but your parents truth because they did believe money was evil not you.

Isn’t it silly to think money is evil if it isn’t something you know to be true? You simply cannot have a belief until you accept it to be your truth.

If you really want to eliminate a belief then you’re going to have to uncover what it is you’re holding onto in your mind and once and for all set it free. I highly recommend you check out the The Lefkoe Method and see if they can help you eliminate a belief.

They have a pretty nifty system that is getting unbelievable results. Oops, I forgot to mention they are willing to show you one way for free. Check them out >> Eliminate a Belief with The Lefkoe Method (TLM)